Learning to play a new game with Eli Manning 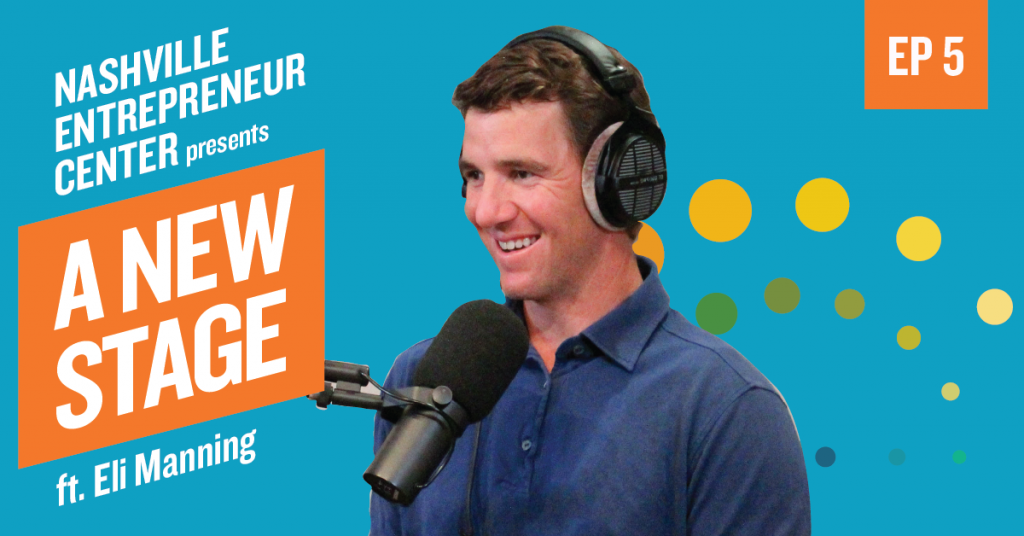 For Eli Manning, finding a new stage that he loved as much as football was the hardest part of retirement.

Growing up in New Orleans as the son of Saints legend Archie Manning, football ran in the family for Eli and his brothers, and was a thread that ran through most of Eli’s life: He was on the high school team, was a star during his time at Ole Miss and retired in 2020 after 16 years of quarterbacking for the New York Giants.

“I’m so privileged to have the opportunity to play this sport, as well as the opportunities it’s granted me during my time playing and after,” he said.

He’d promised himself a year of rest and contemplation before making his next move. But as circumstance would have it, retirement meant more than taking a short break.

“A month after announcing my retirement, all of a sudden pandemic hits and I’m teaching third grade math to my daughter,” he said.

The COVID-19 pandemic escalated, and Eli was suddenly faced with more time than he’d had in his twenty year career. Without the travel involved with play – and with the country functionally shut down – he turned his attention to enjoying his time with his family, including teaching three of his daughters’ basketball teams.

An unintentional result – the gap also gave him more than a year to see how other players had tackled their own retirement plans, from NFL player Joe Montana, to his own father and older brother Peyton.

“It was helpful that my brother had a similar path, and for him to have played for 18 years and be retired for 5 years, to watch what he’s done and talk with him about what he’s done in that time,” Eli said.

Coaching was off the books, and so was starting a traditional business, Eli said. So what could be next?

Luckily, he found the answer exactly where he was looking: His family.

“It started with Peyton – he had his show ‘Peyton’s Places,’ a history of the NFL in its 100th year. He started it. He said he wanted to branch out and focus on some other places, around soccer, basketball, baseball, ultimate fighting.”

“I thought about it for a while. It would be the first thing I did since retiring. And I said this is something I’m interested in, and even something I have a little bit of experience in.”

As he worked on the show – which launched on ESPN+ on September 1 as “Eli’s Places” – his passion has grown, stretching into the hole left by the “grind” that had attracted him to football. In preparing for the show, he’s fed his own curiosity, learning about HBCUs, history, Civil Rights, and other connections that show just how impactful the game has been for American culture in over 150 years.

“There’s so much history in the game of football and college football, and it’s had such an impact on so many people’s lives. It’s been so much fun and joyful for me, and exciting for me personally that I’ve found something I can grind on and put in the effort on,” he said.

Meanwhile, Eli has also become an investor with the help of his eldest brother and AJ Capital Partners principal and senior managing director of investor relations, Cooper Manning, funding projects that he believes in- including the Graduate Hotel right here in Nashville.

“When you find these companies or invest in companies, you want to make it something that matches your lifestyle, that you use and believe in, that you’d be proud to wear a hat of it.”

Now retired for over a year, Manning has spent his time learning how to make the most of his new opportunities and responsibilities – from basketball coach to content creator – and has brought three key messages along with him.

First, that mentorship is key, whether it comes from family, friends or someone else willing to tell you the hard things you need to hear.

Second, when in doubt, prepare – a lesson that he attributes to former Giants coach Tom Coughlin who, Eli said, made a point that he wanted his players to always be five minutes early and passionate about their jobs.

“I still do that the same if I’m doing a show for ESPN or an interview for my show on the history of college football,” Eli said.

And finally, a lesson on prioritizing his values, even as the world begins to open back up, and new opportunities come his way.

“A lot of it is having open communication with your family, your wife, with everyone you’re wanting to get into business with, especially around time commitment,” he said, noting that honest, open communication about responsibilities and expectations are crucial to the entrepreneurial journey. “It will make sure you’re not committed to something you’re not willing to go out for.”