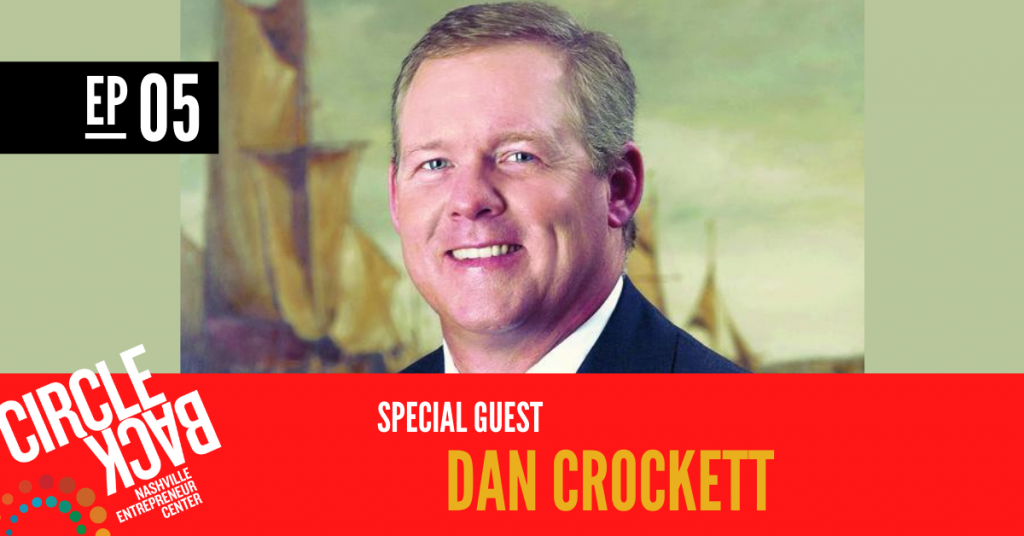 In 2003, I attended the Nashville Business Awards when Dan Crockett was honored as Entrepreneur of the Year and again in 2005 when Franklin American Mortgage was given the “Best in Business” award. As a “young” entrepreneur I remember listening as Dan talked about having strong employees and the importance of service not only to customers, but to employees and one another too.

I didn’t know Dan, but in some ways he was an entrepreneurial “rock star” (yes, I know how nerdy that sounds). Here was a guy who purchased a company in 1994 with 5 employees and built it into a national company with more than 250 employees (in 2005) and a name everyone in our community knew.

At the time, I remember wondering, “How did he do this?” And now, 18 years later, I listened to Dan’s episode of Circle Back, and it became pretty clear to me “how he did this!”

Dan, an athlete, used the discipline and drive he developed on the field to build a business. As with any growing business there are ups and downs, and for Dan, that included surviving and coming out of the 2008 financial crisis stronger — no small feat for a company in the mortgage business. When Nashville wanted to host a bowl game, Franklin American Mortgage (FAM) stepped forward to sponsor. Powered by the grit and determination Dan had in starting the business, it seems only appropriate that FAM was a pivotal sponsor for the Music City Bowl for nearly a decade.

The Nashville Entrepreneur Center created Circle Back to share the stories of those who did what few have the opportunity to do – start, build, grow and for some exit very successful businesses. As Square founder Jim McKelvey shared in his book “Innovation Stack,” some are created “inside the wall” and others “outside the wall.” Dan Crockett and Franklin American Mortgage are a prime example of an “inside the wall” entrepreneurial journey — he took an existing model and made it better, just as he took a small local business and created a national phenomenon.

Regardless you will hear, as you listen to any of the Circle Back podcasts, similar traits, attributes that help distinguish these amazing entrepreneurs, like Dan. And we believe it is our role to help share their stories of how they built these amazing companies in Nashville as we help share that Nashville is the best place to start and grow a business.