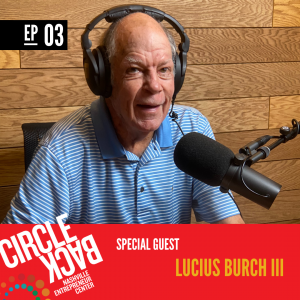 What do KFC (Kentucky Fried Chicken), Wendy’s and HCA (Healthcare Corporation of America) all have in common? The answer is Lucious Burch, Nashville’s original major player in the venture capitalist (VC) world.

Raised in Nashville, Burch wasn’t your typical A or B student. He took the easiest courses he could find and focused on time with friends. As an English Major with very little experience in business, he was more interested in parties.

His roots in Nashville run deep. The Polk and Burch families lead to connections with Andrew Jackson and James K Polk, part of the families that helped put Nashville, Tennessee and Charlotte, North Carolina on the map for growth and economic development.

Getting out of Nashville as a young adult helped him find the focus to become more disciplined. He spent a number of years in North Carolina where he met great friends and created even better memories. It was after this time of his life that he made his way to New York City. He didn’t yet know the difference between debit and credit, but through observation and great mentorship, he found his calling in business.

He watched Bobby, a bartender, turn $10 into $2M with the stock exchange and Burch wanted to learn how to do that too. “He (Bobby) was a chartist. His knowledge of charting and his ability. He just was good. He had companies hire him to paint the tape in their stocks” said Burch.

After getting the lessons and mentorship on the stock exchange, Burch found his way back to Nashville and back to his roots where he would help take 17 companies to the New York Stock Exchange. These companies ranged from KFC, Wendy’s and HCA. Partnered with Jack Massey, another prominent VC expert, Lucius Burch has a stamp in the entrepreneurial history of Nashville. 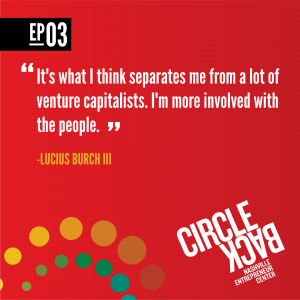