2014 NEXT Awards Results and Summary

At the 4th Annual 2014 NEXT Awards, Ralph Schulz may have said it best: “What’s next for Nashville is sitting right here in this room.” As the President and CEO of the Nashville Area Chamber of Commerce, he would know.

Schulz, along with Nashville Mayor Karl Dean and Nashville Entrepreneur Center CEO Michael Burcham, introduced the awards, calling all 60 finalists “job makers and prosperity makers,” and noting that “because of amazing people like you, Nashville is one of the best places in the nation to live and work.”

Burcham spoke about Nashville’s collaborative spirit and what it’s done for the city: “Much of our success can be attributed to our deliberate efforts to foster an environment where entrepreneurship can thrive.” He then shared impressive statistics to support his statement: “Through all of your hard work and partnering, we have launched more than 100 companies locally who have created more than 1,000 new jobs, providing more than $100 million of economic impact over the last four-and-a-half years.”

Mayor Dean began the night of awards by handing the Entrepreneurial Partner of the Year to Google for Entrepreneurs, noting that the massive company began “as a small startup in a garage nearly two decades ago.” Google’s representative accepted the award, saying, “We partner with these kinds of thriving communities … because we recognize that entrepreneurship and innovation is alive and well, far beyond the confines of where we are in Silicon Valley. Last year, we did decide to create a network of tech hubs, and selecting Nashville to be a part of that was a very easy decision.”

Kelly Sutton and Evan Farmer then resumed their hosting duties, keeping the atmosphere lively and the awards show moving along. For each announcement of a new winner, they called former winners or other notable Middle Tennessee entrepreneurs to the stage to give the award.

After showing a video of the finalists for the Young Entrepreneur of the Year, the award went to Belmont University student Tim Downey with Picd.us, whom Farmer noted “hasn’t even graduated from college yet.”

The NEXT Awards then moved on to the company startup awards, given to companies that have been “in operation for less than three years and have generated or raised capital greater than $100,000 while also creating employment opportunities in middle Tennessee.”

Next, awards were given in the growth stage, for companies that have been “in operation for three or more years with annual revenue of over $1 million while showing an increase in revenue and employment over the three-year period.”

Lastly, for the company awards, market movers were honored. Such companies “have an annual revenue above $10 million and a proven track record of sustainable growth and job creation.”

Before the last three individual NEXT awards were handed out, Eli Rodriguez with event sponsor Southwest Airlines took the stage. He spoke about Southwest’s humble “cocktail napkin” beginnings.

We started out with three planes [and] a handful of employees, so we know what it’s like to struggle and to get your business off the ground. No pun intended. But there could be turbulence along the way. We know it takes a warrior’s spirit to persevere. That’s why we believe innovators and entrepreneurs should be celebrated.

He also noted what many in attendance already knew: “Nashville is one of the few markets in our network that has grown significantly over the past 18 months.” Then Rodriguez finished by awarding two round-trip tickets to two NEXT Award attendees. 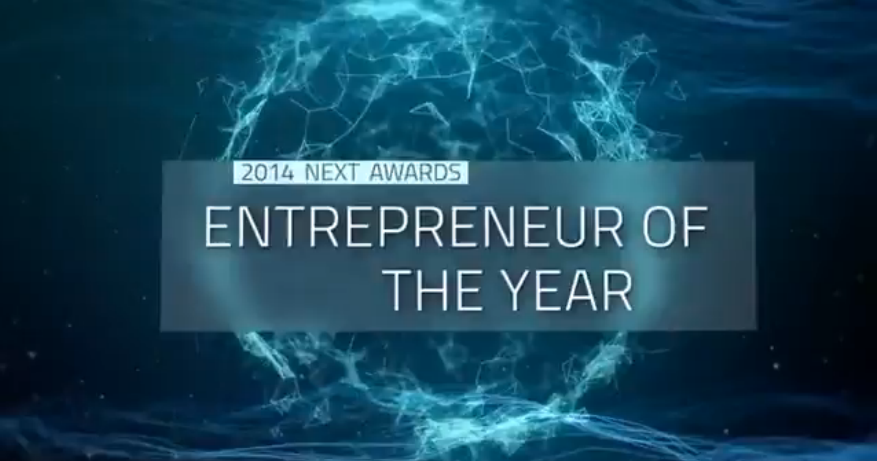 To end the night, the NEXT Awards focused on individuals who lead the way in regard to Nashville’s entrepreneurial spirit:

The 2014 NEXT Awards cast a spotlight on dozens of innovators, job makers, and forward-thinking companies that are all helping make Nashville an inviting city for businesses and entrepreneurs alike. Whether or not they won, those who attended the NEXT Awards all share one driving question in common, a singular question that has done so much to grow the city of Nashville: “What’s next?”

Clark Buckner is the online events manager for TechnologyAdvice, a Nashville NEXT Awards finalist that educates, advises, and connects buyers and sellers of business technology. He hosts the TechnologyAdvice Podcasts, and also covers news and trends in the tech conference scene. Tweet him a hello or connect on LinkedIn.