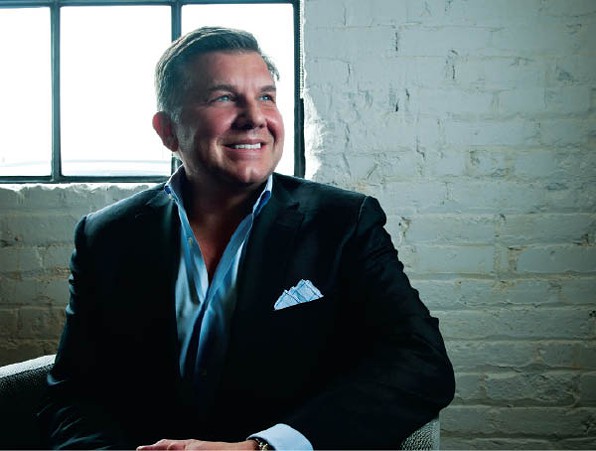 “We turn dreams into businesses,” he says, gesturing around the Nashville Entrepreneur Center’s Trolley Barn office like a ringmaster. It sounds like a business-book bromide, but Burcham, the center’s president and CEO, delivers the line with such earnestness it’s hard not to get caught up in his fervor.

Burcham left the health care giant HCA in 1992 and became the Platonic ideal of a serial entrepreneur, starting three successful businesses. When the Entrepreneur Center started in 2009 — an offshoot of an earlier Chamber of Commerce initiative — Burcham felt a call not wholly different from the one that had prompted him time and again to start his own endeavor. But this time, the vocation was to help others do what he’d done.

And like a start-up business, it hasn’t always been easy.

“The year I started, it was not perfect,” he says. “But we finally have a good project.” The EC caters to every kind of entrepreneur, from the type who’s very nearly ready — with a solid business plan, a marketing plan, an idea that can sell — to the fledgling with a good idea but not enough knowledge or wherewithal to make it a viable business.

The EC helps them all, connecting hopeful business owners with a network of mentors and volunteers, leading classes, bringing in potential investors.

And the system is working.

Like thousands of others who have toiled in entrepreneurship, Burcham knows how hard it is to get a business going. “The beauty of having a center like this,” he says, “is that it helps everyone have access.”

And he protects not only his alumni but entrepreneurship itself like a fierce papa bear.

“Jobs come from an entrepreneur willing to take a risk because there’s a problem they can solve, and sometimes government wants to get heavy-handed,” he says, voice rising. “I’m bold to defend them because they have the guts to do stuff other people only talk about.”

And when there’s success, Burcham says he feels like a father watching a child go from a toddler uneasy on his feet to a high-school graduate who has accomplished much but has a ways to go.

“It feels like I’m training athletes for the Olympics,” he says. “They may not medal, but it’s been an awesome journey.” And it’s no cushy desk job — Burcham arrives at the office before 7 and typically works 12 hours a day during the week, plus time on the weekends and myriad after-hours events. It’s a grind, but Burcham has a secret.

In his office overlooking downtown, there’s a simple cardboard box filled with letters, emails, cards and clippings from EC graduates, all thankful for the help they got.

“It’s my energy box,” he says. “If I’m drained, I pull out five or six of these and it’s like putting gas in the tank. I’m ready to go again.”