From student to business owner in three days 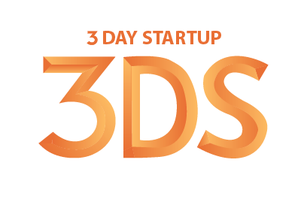 Nashville’s Entrepreneur Center and Vanderbilt University will play host to a unique startup accelerator program this weekend, one aimed at involving students in entrepreneurial endeavors early and often.

Jiten Dajee, a junior at Vanderbilt, is working with the EC to coordinate 3 Day Startup, a program originally launched at the University of Texas at Austin in 2008. The program, taking place this weekend at the EC with final pitches at Vanderbilt Sunday evening, will include between 40 and 45 participants, 15 mentors and a five-person judging panel.

Dajee, who says he’s long been in interested in building successful startups, heard about the program from some of his friends at UT Austin, who expressed a strong interest in bringing 3 Day Startup to Nashville.

“Thay saw it as being really relevant” in light of Nashville’s growing entrepreneurial momentum, Dajee said.

The majority of the weekend’s participants will be undergraduates, Dajee said, along with some graduate school students from Vanderbilt’s schools of engineering and business. Although student involvement is one of the unique aspects of 3 Day Startup, Dajee said, in future years he hopes the Nashville iteration can involve greater non-student participation.

“The goal of this weekend is to have … people say that was amazing and it needs to happen again,” Dajee said, though he said he expects a few companies with potential for real success to emerge.